Best practices, experiences, advice, education, and issues of vulnerability and accountability for Title IV canons are all included in topics designed for priests and deacons in this website.

You will find it helpful to have visited the following related topics prior to consulting this section of the website concerning clerics who are involved in non-parochial ministry:

This category is for those with church callings outside of congregational ministries. This includes clerics on diocesan staffs. Additionally, many non-parochial clerics serve as chaplains in medical facilities, the military, prisons, camps, or in schools. Others perform non-ecclesiastical work as teachers, administrators, or support staff in institutions owned, supported, or under contract to Episcopal entities. Often the non-parochial clerics will be working with and serving non-Episcopalians in environments that are predominantly non-religious in nature. A person of any religious affiliation can file a complaint to initiate a Title IV procedure.

Non-parochial clerics are accountable to the same Title IV standards as those in congregational ministries. Experts single out clerics in “institutional ministries” as being especially susceptible to situations that can lead to a Title IV offense. Those in day-to-day contact or seeking help from the cleric can be in the most vulnerable place in their lives. Individuals in hospitals, the military, prison, or in outreach facilities are under emotional stress that may cause issues. The cleric must be able to identify and resolve those issues before harm can be done to either the cleric or the person receiving pastoral care.

The Rev. Dr. Molly James cautions the clergy to be extremely sensitive of boundaries. Perceived good intentions can cause a priest or deacon to cross a boundary when helping a person with great needs.  The power imbalance is seldom greater than when a cleric is offering help or counseling to a person at his or her lowest point. The situation is complicated if the institution, such as a hospital or school, doesn’t subscribe to the same rules of conduct that the cleric is required to uphold. The risk in institutional ministry is some of the greatest in the church.

The Rev. Dr. Molly James, Dean of Formation for the Diocese of Connecticut 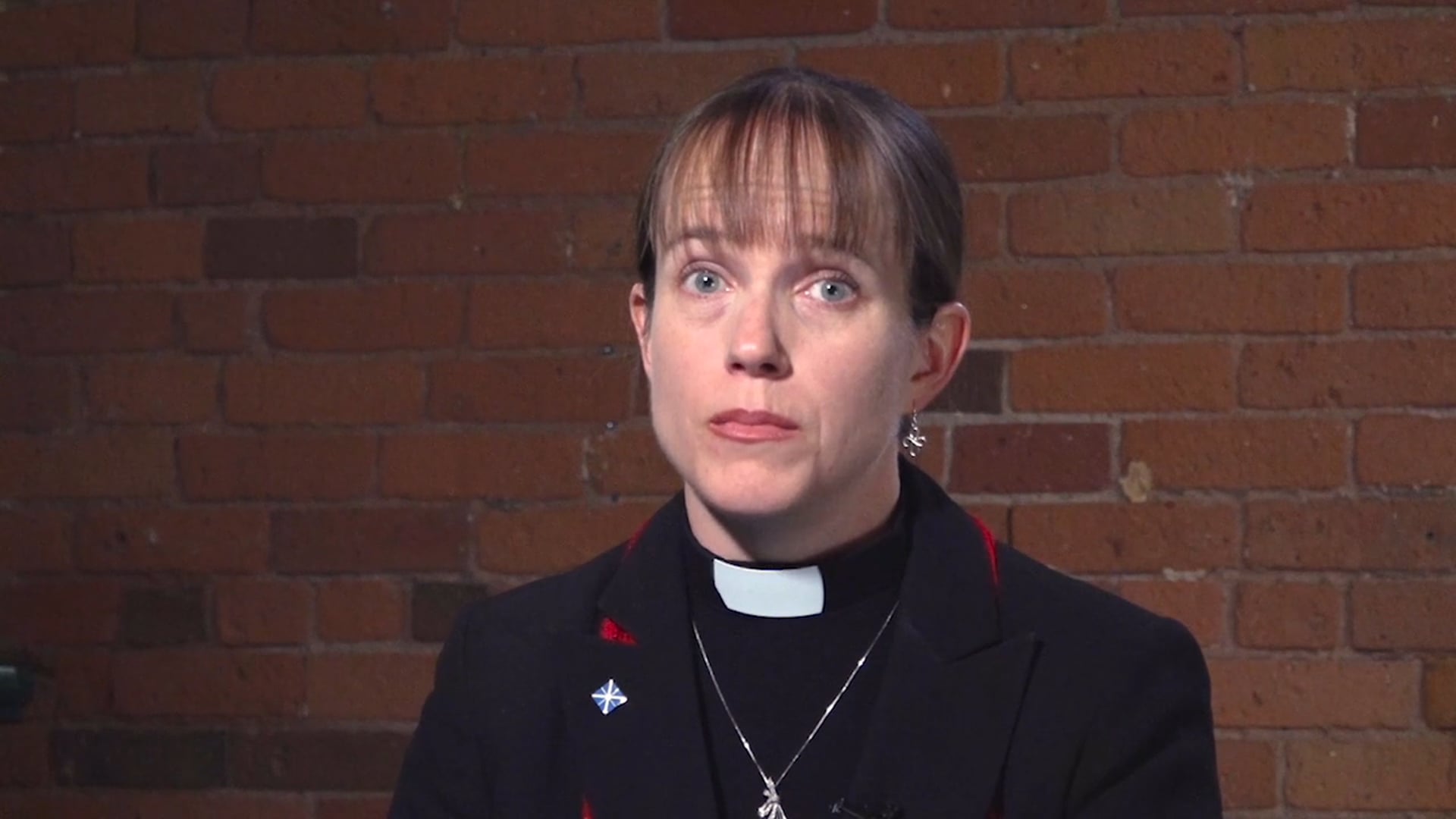 Even though lay administrators or other employees may not be subject to those standards and boundaries, the cleric is accountable to the Canons regardless of the institution’s ties to The Episcopal Church.

Diocesan staff clergy also have unique working arrangements. The power dynamics are pronounced as they may determine employment within the staff. They may gather and hold considerable information about other clerics in the diocese. Often, they could be the first to suspect or witness behavior that is a Title IV offense. Under Title IV they are obligated to report those offenses. That may create a “chilling effect” on what is reported to them. All have implications in power dynamics.

Not all non-parochial clerics are in salaried or staff positions. Deacons often serve in institutional ministries such as food banks, assistance with new immigrants, or programs for the impoverished. The Church Pension Group reported that permanent deacons now make up 30 percent of all ordinations. As experts stated in the Priests and Deacons topic of the website, there is concern that many deacons are ordained from local diocesan formation programs that vary in their Title IV training. The disproportionate number of those permanent or “vocational” deacons in high-risk non-parochial ministries makes training all the more important. With the church ever expanding its ministry beyond the walls of the congregation, it is vital to train and retrain all clerics in the expectations of conduct required by the Title IV Canons.

The number of students, prisoners, or other clients can make it difficult to document who was seen and the circumstances of the meeting. As long-time clerics stated in Priests and Deacons - Best Practices, those records must be maintained despite the difficulty in recording them. Additionally, the clergy with years of experience in dealing with such vulnerable people recommend a cleric report any potential “red flag” to another cleric or the bishop.

Prisons, schools, and hospitals are often built without windows in meeting or patient rooms and doors that give a clear view of patients, students, or clients. A cleric should insist that closed meeting places be changed or moved to where they can be viewed from outside.

The Rev. Canon Allisyn Thomas, Esq., of the Diocese of San Diego trains those in formation to be aware that a window or an open door is basic to service in non-parochial ministry just as it is in parochial work. She recalls insisting that she have a window in her office when she started a position on the diocesan staff.

The non-parochial implications of a Title IV procedure are also strained by boundaries of authority and work rules. In the case of a hospital, for example, a chaplain may be in the employ or under contract to the hospital, yet under the ecclesiastical authority of the bishop. The hospital would have secular employment rules and other restrictions such as HIPAA (Health Insurance Portability and Accountability Act of 1996.) Clerics must be trained that violating secular laws can also be considered behavior that can lead to a Title IV charge. Those secular laws also potentially influence the Title IV process. State and federal laws may prevent full access to evidence or witnesses in schools, prisons, and hospitals.

It is a delicate balancing act. It is one that Canon Robin Hammeal-Urban has experience in as a former Intake Officer for the Diocese of Connecticut. She is now a widely used trainer and consultant for Title IV education sessions in Connecticut and throughout the church.

The question of when and what to share with a hospital supervisor or similar authority is a difficult one to ponder. Confidentiality on the part of the diocese might further harm the complainant and others if the behavior is deemed to be ongoing. However, a bishop who brings the initial charges to the employer may potentially harm the respondent if the charges prove to be unfounded or not rising to the level of a Title IV offense. The bishop may not have the power to remove the cleric even if it is deemed necessary. However, he or she may feel an obligation to suggest such a move to the institution that employs the cleric. This could be a secular human relations issue.

Attorney Sally Johnson, Esq., has been involved with interpreting Title IV implications for decades. She says it is important to remember that Title IV is not designed to make decisions about employment or to be in a tug-of-war with secular law.

The Church Pension Group has been conducting extensive research of the new church model for clerics under General Convention Resolution 2015-A177. More and more of the clergy are part-time, including those who serve non-parochial ministries. Others are serving multiple part-time positions in both parochial along with non-parochial service. Others are bi-vocational with secular jobs and those in ministry. This website also offers Best Practices education in that area under the topic Bi-vocational clerics.